Dr Wambach said in one of her radio interviews that she thought it was inadvisable to ask subjects under hypnosis about their future lives. She believed that this could have an undue influence on their current life direction especially if the future life reported was unpleasant. I believe this makes good sense and shows a responsible attitude and respect for the subject under hypnosis. The reporting of future lives also introduces a further question around can a subject under hypnosis accurately report on a life that technically hasn’t happened yet?

It also brings in questions around how time operates in the spirit world. Can we incarnate in different time periods which may coexist in the same area of space and time. For example, in the spirit world can we have a life a thousand years in the future then decide that our next life might be in the past say in medieval time? To me it doesn’t make any sense, I would agree that time has far less consequences in the spirit world than is does on earth but to assert that time does not exist at all in the spirit world in nonsensical. If we incarnate on earth then come back to spirit and review that life then time has moved on and our experience has been added to. These are sequential events, at one point we are in spirit, then we have an incarnation and then we come back to spirit to review how it went. These events happen one after the other, time may be stretched or compressed of course and it may be irrelevant but it still exists and its sequential.

This brings us to the question of can a subject under hypnosis accurately report on a future life? One of Dr Wambach’s workshop participants who later became a therapist in his own right is Chet B Snow. He went on to perform similar group regressions and asked the subjects to report back on their future lives over several time periods. He produced a book of his findings called “Mass Dreams of the Future,” in this he reported on lives in various time periods in the future. The ones from the distant future tended to be all very ‘space age’ as well as ‘new age’ which one might expect.

Interestingly lives reported in the near future, in the 1990s were generally somewhat negative and seemed to indicate a significant disaster at the end of the Millennium. Lives reported immediately following this were few and far between, indicating fewer incarnations which might be expected if a disaster had destroyed a lot of people. Now his research was collected in the early 1980’s and the book published in 1989. Clearly we can now see in hindsight that the major disaster indicated didn’t happen so were those lives reported real or fantasy or were they lives reported based on an extrapolation of current events at the time of asking. The subjects asked were living in a time period in the late 70’s and early 1980s when the cold war was at its height so it would not be surprising that folks would view the future in a rather negative light. 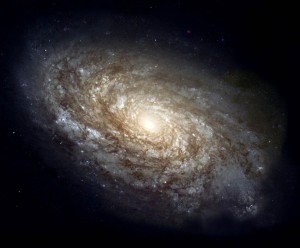 We know that subjects under hypnosis are very keen to cooperate with the therapist and answer questions as accurately as they can so I would suggest they were tending to come up with future lives based on a best guess analysis. One could hypothesise that the subjects were perhaps tapping into another parallel universe where the disaster did happen and those lives were real. This of course brings up a whole new batch of questions such as how many parallel universes are there, why are they there, what is their function, do we really alternate our lives between these universes. Personally as there is no evidence for parallel universes I would argue that there aren’t any.

One big question that must be answered though is if subjects under hypnosis are able to report on what is in effect fantasy lives from the future, how many of the past lives reported are also fantasy? This of course is the questions that Helen Wambach asked when she started her research and she has shown that the past lives recalled were definitely not fantasy. That’s because she was able to check the lives reported in great detail against known historical facts. That of course is not possible with a future life.

So in summary if the subject under hypnosis is eager to respond to the therapist then they will do their best to accurately report on past lives that have actually been lived. We know this because the details can be checked against historical data. The same cannot be said of future lives and it’s an area where we must show caution and a healthy degree of scepticism.