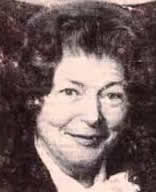 This is the pioneering research on past lives and reincarnation started over 40 years ago and now largely forgotten. The excellent and informative books that Dr Wambach produced documenting the data are sadly are out of print. I can only conclude she was ahead of her time and the world wasn’t ready to receive such ground breaking research. I have tried to summarise her research by reducing her two books down to this website page. If any of the information below strikes a chord I would recommend that you to listen to the audio recordings listed under links which will give you a better handle on the research. My hope is that this website will help to bring this forgotten information to a new and receptive audience. David Pye, February 2016.

Dr. Wambach approached her research into past life regression on the assumption that it was probably fantasy. Not deliberately made up with the intention of deceiving but created by an obliging mind eager to answer questions under hypnosis. So she decided that a standard procedure and standard questions could be adopted to readily expose fantasy past lives. This she did by avoiding the pitfalls of individual hypnotic regression and adopting a procedure of using group hypnosis to take several people back into past lives. She reasoned that if fantasy then a past life would be more likely to be:

The method chosen to investigate was not by individual hypnotic regressions but by group regressions with up to 30 subjects at a time. To aid analysis subjects were hypnotically regressed and guided to chose a past life from a selection of time periods, such as 2000BC, 500BC, 25AD, 1200, 1500 or 1850. Subjects are then asked a series of questions and told they will remember the answers on waking and be able to complete a special answer form. Three separate regressions sessions were undertaken with identical procedure for every group and the results analysed statistically.

The type of questions chosen were quite detailed and included the type of clothes worn, utensils used for eating food, diet, skin colour, gender, money, social class, date and type of death. Subjects were asked to recall their death experience. Further questions were asked on what happens in between lives, how is the current life chosen, who helps decide, why this life, why this time period and what is the purpose. Also the birth experience into their present life and at what point did they connect with the foetus. Lastly were people in their present life known to them from previous lives.

The data sheets completed at the end of each session revealed some fascinating results, an example from ‘Life before Life’ is below.

“Yes, I chose to be born. Someone did help me choose and it seemed to be some voice that I trusted greatly. It was kind, helpful and wise, very wise. My feelings about the prospect of being born were very positive. When you asked the purpose for this lifetime, it flashed that I was to broaden people’s minds.
I chose this time period to be born because it is a great period of change where people need stability within themselves. I am supposed to help them somehow. I did choose to become a male, because it is good for my work, and I enjoy that role. My mother was my wife in a past life, my father was my son. I got some faint flashes of mates or lovers, but nothing clear. As to children and other relatives, I felt uncertain except for one uncle who came through clearly as someone I knew before. I did have many friends from past lives.
I attached to the fetus when I decided to meet it in the womb of my mother just before birth. The feelings of my mother were very positive and loving and warm. When you asked for the birth experience, I felt odd, tingling sensations around a fleshy ball that was me. My impression after birth was one of happiness and the doctor seemed pleased and my mother was very happy. I feel that this lifetime feels very good and positive for me and I feel a burst of energy and a purpose after this session”

There are many more examples from Life before Life but I can only quote a few to avoid copyright infringement. Below is another from ‘Life before Life’ who was reluctant to be born.

“No, I didn’t choose to be born, I was instructed to return. It seemed to me that I just followed instructions (don’t know who was instructing). I felt no rebellion, just that it was not really my choosing. I was quite apprehensive about living the coming lifetime. One of the purposes for this lifetime seemed to be to teach and to minister to mankind and to work on the development of the greater use of the mind to ultimately teach. I chose this time period because somehow the psychology field flashed into my mind, and I felt that psychology was moving too slowly and hampering the spiritual development of mankind. I didn’t seem to have chosen my sex. My mother had been my sister in a past life where we fought all the time. My father had been my grandfather in another lifetime. My husband was a Sioux Indian when I was a French padre, and I didn’t like him then either!
I seemed to have an attachment to the fetus from the inception, but this is vague. My mother was very happy. In the birth-canal experience, I started to hold my breath and then breathe very heavily. After birth, I was mostly aware of being happy to be in a wanted situation. This has been a very enlightening hypnotic experience as I have had the feeling since my earliest memories that I was here for a reason, and have had some interesting mental talents develop.”

So is this fantasy? We said above that if it was fantasy we would expect more male lives than female, because males had more freedom and opportunities in the past than women. What Helen found was that out of 1100 past lives the split overall was 50.6% male and 49.4% female, exactly what you would expect if they were genuine past lives.

We also said above that if fantasy we would expect more upper class than lower class lives on the grounds that who wants to recall a fantasy life slaving in the fields all day, more likely to be Napoleon or an Egyptian Pharaoh or at least someone with money and opportunity. What Helen found was over 70% of the 1100 lives were lower class with around 20% middle class and under 10% upper class. Which is exactly what you would expect from historical evidence.

A similar pattern occurred with population spread with the majority reporting lives in the more populated time periods from 1500 upwards and less in the low population time periods. The graph she produced mimicked the historical population spread. There were  other correlations on clothing , utensils, skin colour etc. tying up convincingly with historical fact. So for all intensive purposes these lives are not fantasy but represent genuine past lives!

If there is one thing I would like the visitor to take away from reading this website its to reduce any fear they might have of death.

When taken back to a past life the subjects were asked to recall their death and remember the feelings they had, (without any associated pain.) 85% had very positive experiences a typical report is below from “Reliving past Lives”

“Dying was like being released, like going home again. It was as though a great burden had been lifted when I left my body and floated up towards the light. I felt affection for the body I had occupied in this lifetime, but it was so good to be free.”

The 15% that reported not so positive death experiences were those who had died in childbirth or had undergone violent deaths Dr Wambach reports:

“I feel so bad because I’m leaving my two children behind,” a subject who died in childbirth reported. “I worry about who will take care of them, and I stay around my body trying to comfort my husband.”
Another kind of disturbing experience at death was that of being killed accidentally or violently, usually at a young age. “I was hit by a car while I was running across the street,” one subject said. “I seemed to continue running across the street, and wasn’t really aware that I was dead. Then I felt very frustrated and lost, because I didn’t understand what was happening to me. Finally, I was in a place of darkness, and then I saw a bright light. Then I went soaring up through the darkness toward the light.”
Some subjects who expressed negative feelings at death were fighting in a war: “I was fighting and then my body crumpled. I kept on fighting, but I couldn’t seem to affect anything going on around me. I was still on the battlefield, but then I seemed to be joined by others who had died. I couldn’t seem to leave that scene.” Some subjects experienced sorrow because of others’ grief at their death. The sorrow was not for themselves but for the people who remained on earth. About 25 percent reported a brief period of darkness followed by light. More subjects, about two thirds, experienced soaring up high above their body into a light-filled world, where they were greeted by others and had an instant sense of companionship. One subject reported, “I soared up high in the sky after I left my body. I didn’t want to look back. I seemed, then, to be surrounded by others, who were congratulating me in that lifetime. I felt a sense of homecoming and great joy. There was life all around me.”

We can see from the above that there is nothing to fear about death in fact if anything it’s a welcome release from a life well lived. Interestingly Dr. Wambach found very few suicides in her research and those she did find reported a realisation that suicide was not a way out of their problems no matter how bad it might have seemed. Not taking your own life is test of resilience and it seems if a person does commit suicide then the there is no option but to come back in a new life and start over again. After all this life was chosen to be able to learn and overcome difficulties and there are no shortcuts.

My apologies for not doing justice in trying to summarise Dr. Wambach two amazing books in this website. I sincerely hope it encourages the reader to delve more deeply into her findings. There are several conclusions we can draw from the research

“There appears to be a mechanism and a grand plan for life on earth. We are incarnated here to learn, experience and achieve certain objectives that will add to the greater knowledge of the universe.”