I always used to think that it was only a matter of time before planet earth would evolve into some kind of higher level where we would all live an enlightened existence. As a young man I was inspired by authors such as Aldous Huxley and his vision in the book ‘Island’ and thought yes that could work on a global scale. In the late 1980s and early 90s I was heavily into channeled entities who told us all about the great ‘Ascension’ that was to come, where the earth would go through a massive vibrational change. We paid our 5 UK pounds and sat round in someone’s front room where a genuinely sincere individual would channel Sananda and other entities and we learned all about the photon belt and what would happen after the Ascension when Jesus and all his chums would return to Earth. Other entities such as Ashtar from the galactic federation told us that space ships would land soon and take us all away to a beautiful place. Some of my friends had their bags packed ready for the off! 25 years later and still no spaceships, what a disappointment! Ah well serves me right for being so gullible, although it was fun and exciting to imagine it all happening! Don’t get me wrong though I am not against channeling it’s a very important source of information, one just has to be very wary and feel confident in the entities being channeled. 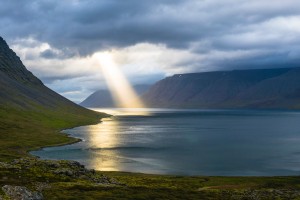 It’s now clear to me that there will never be a ‘Golden Age’ here on planet earth for that is not its primary function. The golden age of ‘unconditional love’ already exists in spirit and in many other planetary locations all over the universe. We came from unconditional love before we incarnated here. Earth is unique in our vast universe as the only planet where duality exists, the only planet where we forget our past existences and have total choice and free will. It is in the nature of duality here on Earth that good and evil, positive and negative must exist in balance. Earth is incredibly complex and diverse and extremely beautiful, it is also full of very kind and considerate human beings but that is balanced by other humans who delight in extremes of cruelty, torture and making war on their neighbours as well as those who are doomed to suffer at their hands. Horrible though that may sound it is part of the nature of the duality here on Earth. Bizarre as it may seem souls have been queuing up to incarnate here on Earth to experience this duality. All of us in our past lives have been rapists, murders and torturers as well as the victims of those crimes. It is only by experiencing such evil that we can really appreciate the universal and unconditional love that exists outside of this earth existence. That is why ‘Source’ created Earth to feel and understand the opposite to what it was used to.

Down here on 3rd dimensional planet Earth it really is hard to get our heads around this. If we as individuals raise our energy through mediation or other means and we shed negativity then other incarnated souls will gather that negativity to them because they want to experience it. That is the nature of balance in duality. Seven billion souls are currently incarnated on this planet which is close to the maximum it can support. The majority of the souls are having a really shit time but it’s what they chose to experience and they will learn from that experience. Many of us here today have been through all that crap in our past lives and have incarnated here to help others either through therapy or other means. We chose to come here into all this chaos to help ourselves and to help others and once again experience the majesty and diversity that is this wonderful and complex planet, there is nothing like it anywhere else in this vast universe.
Blessings to you all!